Now is the time to bond

Bonds are on a roll and the opportunity now is unprecedented. This holds especially true for the middle east region which has seen a record USD 102 billion bond and sukuk issuances year to date. To put this figure in perspective, the region was averaging USD 20-30 billion issuances back in 2015 and has since seen an explosion in new issuances led by regional Governments.

While corporate issuances are the norm in more developed markets, the region’s corporates have typically relied on equity, bank debt or a combination of the two to fund themselves. Local issuances by corporates were limited to Government related entities and financial institutions but as a direct result of increasing sovereign issuances (due to lower oil prices and more recently Covid-19) in the region, a positive side effect is the creation of a “yield curve” against which local corporates can now price their own issuances for investors. A yield curve is a line that plots yields (interest rates) of bonds having similar credit quality but differing maturity dates. The simplest is to plot a country’s interest rates for different maturity dates – which corporates can benchmark against for their own issuances (referred to as a “spread” over the Government yield).

With the onset of COVID-19 and pullback in bank lending, the global fixed income market has outperformed as a result of stimulus in the form of bond buying programmes from almost all major central banks led by the US Federal Reserve which has purchased over USD 3 trillion in bonds this year alone, lowering yields and hence borrowing costs all around.

The region’s bond markets have stayed resilient through crashes in oil prices as well as through the different stages of the COVID-19 outbreak, with uninterrupted interest from eager, liquid investors looking to utilize their surplus funds and safeguard their wealth in the ongoing hunt for cash yield.

In its first major step onto the global stage, state-run energy giant Saudi Aramco sold USD 12 billion worth of bonds in April 2019 and attracted a record-breaking USD 100 billion in offers despite the drop in oil prices. In May this year, in the midst of the pandemic, Abu Dhabi’s sovereign wealth fund Mubadala sold USD 4 billion in a three-tranche offering, attracting orders worth nearly six times that amount. 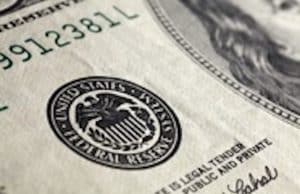 The offering also featured the longest-note issued by a Gulf government – a 50-year tranche – reflecting long-term investor confidence in the UAE economy. And most recently, Dubai re-entered the public debt market in September, selling USD 2 billion in bonds for the first time in six years that comprised a USD 1 billion tranche of 10-year Sukuk and a USD 1 billion tranche of 30-year conventional bonds.

All of this bodes well for corporates seeking to diversify their sources of capital. SHUAA is already a leader in the private credit space for alternative lending and is now looking to expand its debt capital markets business, with a special focus on an underserved niche in the market consisting of private borrowers and those without an investment grade credit rating, helping to raise in excess of USD 800 million over the past eighteen months.

With so much on the horizon, in current times and in emerging markets like ours, bonds and sukuks are coming into their own, not only to help combat the economic challenges brought on by COVID-19 but also as an opportunity for both borrowers to diversify their sources of capital and for investors to participate across the capital stack of corporates and invest beyond public equities.

Disclaimer
The opinions expressed in this article are those of the author only and do not constitute investment advice. Please seek independent investment advice before making any financial decisions.

Hit enter to search or ESC to close

Your shopping cart
WooCommerce should be installed and activated!